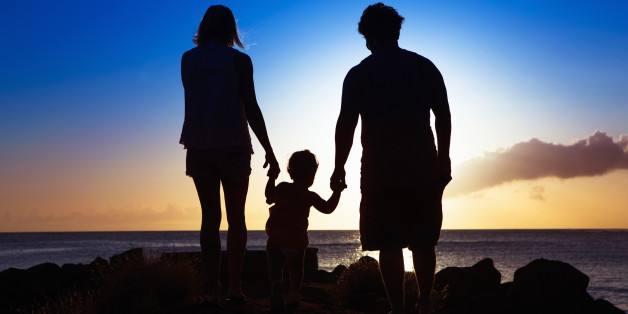 This week, I had a rather unusual request. I have worked with new parents who are flustered over post partum issues, or parents who bring their children for sorting of behavioral problems. Contrary to what I was expecting, the client I spoke to had none of the above. Instead, she had come to enquire whether she was “fit” to be a mother! She wanted to know whether she was making the right decision at this point of time and needed someone to validate it. This was so new and so unexpected, that it got me thinking and back to my books.

In the Indian setting, one of the main reasons behind a marriage happens to be to have children. Within a year of the marriage, the couple tends to answer stray questions about “good news”, which become insistent as the years pass. Though the scenario seems to be changing (for the good) in many cities across the country, a large amount of the population still seems to be stuck on the fact that the most important goal of a marriage is to have 2.2 children and hence a complete family!

Children (even the ones yet to be born) are considered the messiahs to a number of problems which exist in the family. If the couple are fighting- “Have kids, it’ll be ok”, would be the sage advice. Relationship issues with the in laws- a grandchild would solve all the problems. Irresponsible husband- “Hand over a child and see him change over to a new leaf!”. Though repeated examples prove that in issues such as these, the problems seem to complicate further with a child, the urban legend still seems to go strong.

Hence, this client of mine, made me wonder at her maturity.

A parent child relationship is central to a child’s moral development, social behavior and ultimate attainment of adult independence. In the age of joint families, children would have the additional advantage of knowing how to deal with a lot of people at a young age. Also, the amount of input they used to receive would be more. But in today’s scenario of a nuclear family, with one or both working parents and part time availability of grandparents, bringing up a child and remaining relatively stress free seems to be a tall order. Coming to think of it, planning parenting seems to be necessary for every couple. But most of the time, the planning would involve financial issues, and little else.

We live in a time where stress is a part and parcel of everyone’s life. Unfortunately, stressed out parents are not good for the healthy development of the child. Though advertisements show hoardings of happy roly-poly babies and their benevolently smiling, content mothers, most post partum experiences do not behave like it. Painful episiotomies, worries about adequate milk, sleepless nights and post vaccination fevers do take a toll on the mother’s mental health. Hence, planning a stress free parenting experience would be advisable.

Traditional thinking puts the onus of pregnancy and baby care completely on the mother. This puts a lot of burden on the mother, especially if she is working. A working woman handling a pregnancy and child care has not been without conflict, as they feel the pressure to stay at home as well as to return to work. Employed women feel guilt above leaving their child behind and worry about the competence of the child care that they have painstakingly chosen. Those who stay at home feel a loss of independence and social standing.

Societal predispositions do not help much. If Cheryl Sanders (the COO of Face book) was trolled for going back to work within the first few weeks of her delivery, many other work places, make maternity leave as short as three months, causing much distress to the feeding mother. There are only few workplaces which have child friendly services which the mother can avail.

Therefore, before becoming pregnant, plan the pregnancy and post partum period with an almost clinical precision. Discussing  each partners’ share of child care responsibilities beforehand makes life easier. Talking to the employer about how to manage post partum work period would also help.

There is a lot of literature out there regarding pregnancy and the post partum period. Pick the ones which are written by qualified doctors or specialists. Make sure not to believe everything that is put out on the internet. Listen to the voice of experience (which includes grandmothers, mothers and well meaning aunts), but also learn to sort the myths from the truth. Talk to your Ob Gyn regarding the doubts that you have regarding your diet, precautions and work pattern. Keeping fit and eating healthy makes a huge difference too. The traditional “eating for two” concept probably needs to be discarded asap.

Child birth is a life changing experience. You suddenly become responsible for a very helpless person, who depends totally on you for his/her well being. For the next so many years, the parents have to automatically think about the baby before making ANY decision, be it as simple as going to the movies or making a move from one city to the other.

First time mothers also need to understand that babies are whimsical creatures who dance to their own tunes. They come loaded with personalities which take time to understand and accept. Be prepared for change and accept it as the norm. Only then, can the post partum blues be kept at bay.

Sleeplessness, decreased appetite, irritability, extreme frustration, sadness, fatigue, inability to feel happiness and any such symptoms during pregnancy or post delivery should not be considered as normal. Mothers need to consult their obstetrician or a counselor to rule out post partum depression, which happens to be quite common, though poorly recognized.

Having children can be an invigorating experience. Watching them grow and growing with them is definitely fun. But it does not discount the fact the first few months(or years) can be taxing for the mother.  Going by the idiom “Well begun is half done”, it would be sensible to prepare for parenting than to take it as it comes!

As Benjamin Franklin famously said “ By failing to prepare, you are preparing to fail”, the client who came to me made me wiser and better prepared for the next one!

Stroll through the past…

i have posted on

i have enjoyed reading

things which fascinated me..

There was an error retrieving images from Instagram. An attempt will be remade in a few minutes.

To Nairobi And Back

One Step at a Time