Nestled in the midst of a ring of mountains, belonging to the Kunlun region of the Greater Himalayas, is a land whose landscape and ethos are startling different from what we are.-Ladakh.Watching these people makes me feel a tad jealous- because they have mastered the art of living in the most barren and difficult of places without a complaint. Infact, with a smile and a julley(which is hello).

To say that the landscape is barren, would be an understatement. There are barely any trees or water bodies around. For around six months of the year, there is hardly anything to do, but bear the brunt of the weather. Children do not have school for almost four months, in lieu of the winter. Travel is tedious and fraught with the danger of avalanches and bad weather. 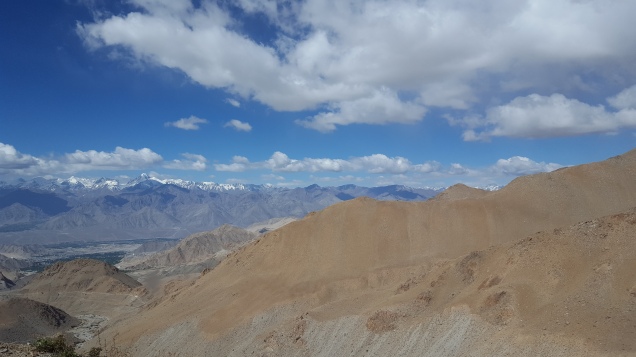 But once you set foot into Leh, you are swept away by the magic that Ladakh is. I have always been a conformist –my idea of nature has been green, lush and abundant. Never in the wildest of my dreams had I imagined that I would include barren, rugged, and stark under the list marked beauty! But then, Ladakh does that to you. 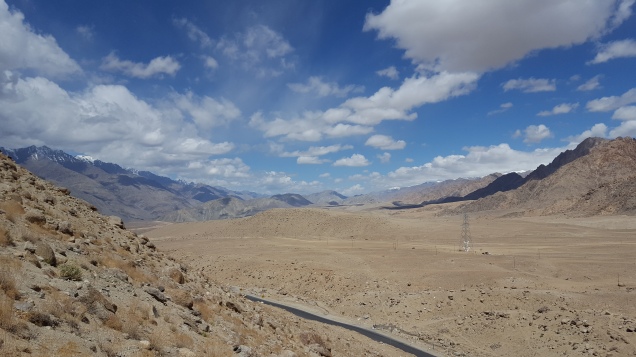 A place where monasteries dot craggy peaks, the sun shines blindingly bright and all you can see are mountains in varied hues of brown!

Amidst all this, are the people who are so unassuming, simple and endearing. Going around, we found that there are no glamorous displays of wealth that we are so used to seeing around. All houses looked the same-boxed with wooden windows-basic and minimalistic. 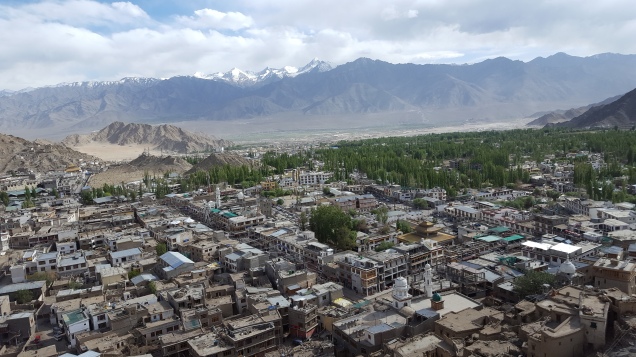 Most food is barley, cooked in different forms-as bread, stew and beer! Most people rely on tourism for their livelihood. There are no mobile networks for large stretches of land and hardly any hospitals around. But going by the happy pink cheeked faces, you would hardly guess that people lived in such hardship. 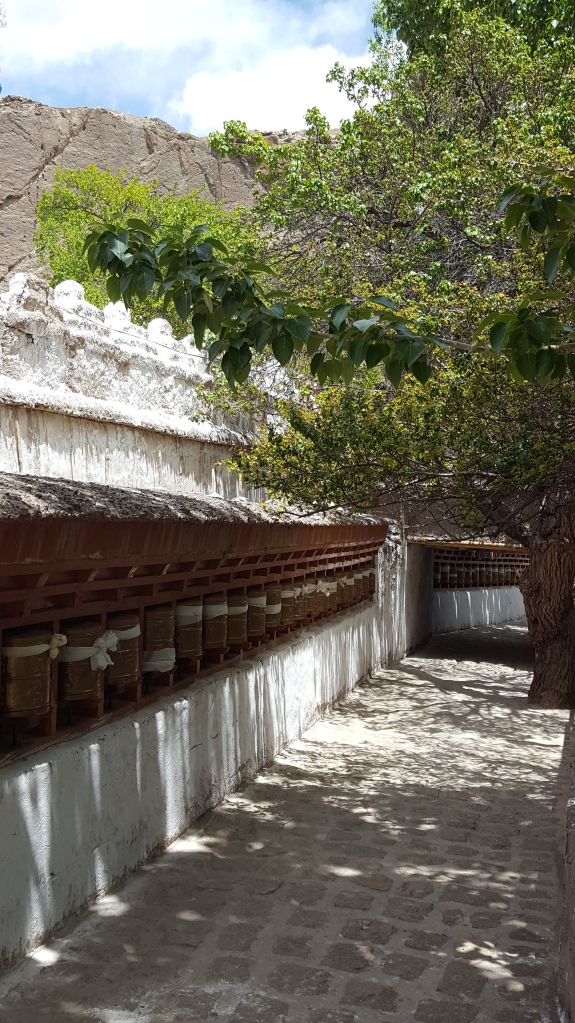 We had the opportunity to visit a Ladakhi home for dinner. The hosts had kept their ancestral home intact-built of mud, stone and wood. The house was three storied, but mainly because of necessity. One floor for living, the one below for storing (you guessed right-barley) and the one above for praying! Apart from the rudimentary but sturdy apparatus for cooking, there was hardly any furniture around.

The only excess was seen in the prayer room which was filled with huge masks, head gear, cymbals and conches- as though the simplicity of their life was compensated for, by their extravagance in praying. Maybe because they have to live at the mercy of nature, they tend to invoke the Gods with as much vigour as possible. 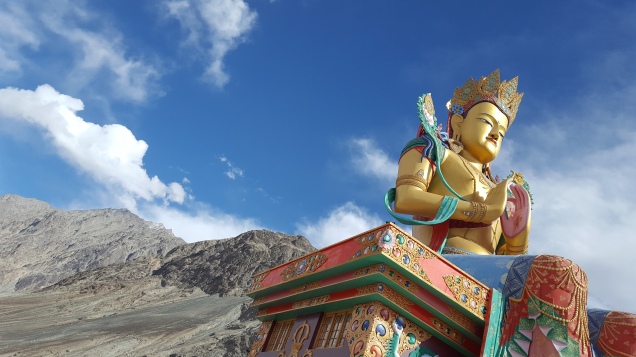 Apart from this world of difference, the basic concerns of the people seem the same. The lady of the house was taking in tourists to support her children’s education. Huddled in her living room, with hot cups of butter tea, we watched, as her daughter performed a traditional dance for us (albeit in her PJs).Her face glowed when we clapped and praised her child’s performance. She spoke about the long commute her children had to undertake to reach school, and how despite this, her daughter comes first in class.

Experiencing Ladakh does many things to you at a visceral level. You come back changed imperceptibly outside, rather deep inside. You learn to be comfortable with silence. You learn to accept life, as it is without frills and fancy. You learn to calm down. You lose the unnecessary sense of urgency cultivated with years of hurried living. Mostly, you learn a lesson in simplicity. That come what may, you can be happy with the bare minimum that life gives you, and the happy sound of Julley. 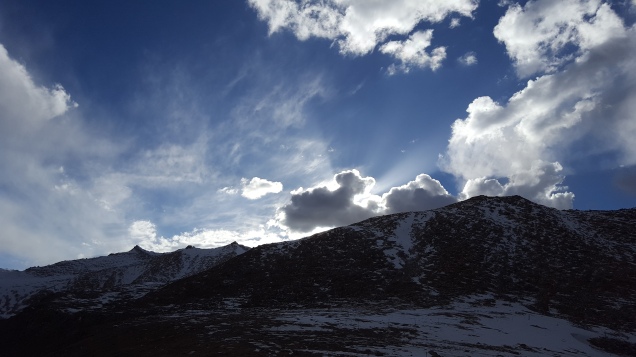 Stroll through the past…

i have posted on

i have enjoyed reading

things which fascinated me..

There was an error retrieving images from Instagram. An attempt will be remade in a few minutes.

To Nairobi And Back

One Step at a Time